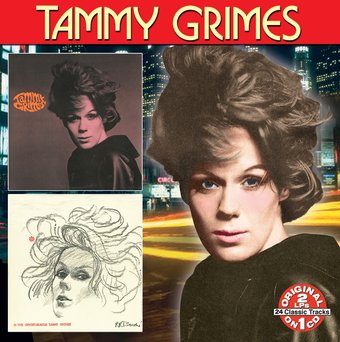 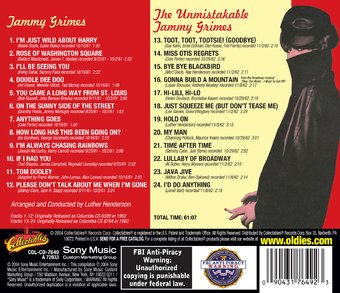 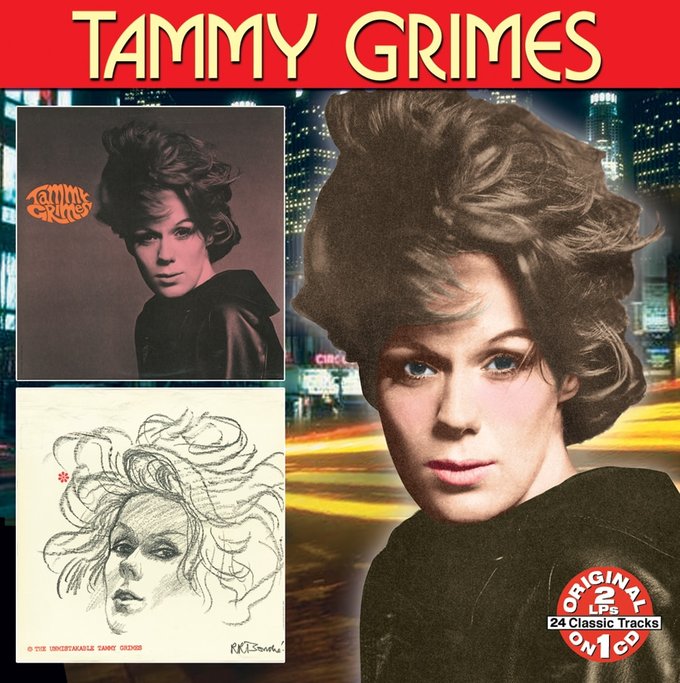 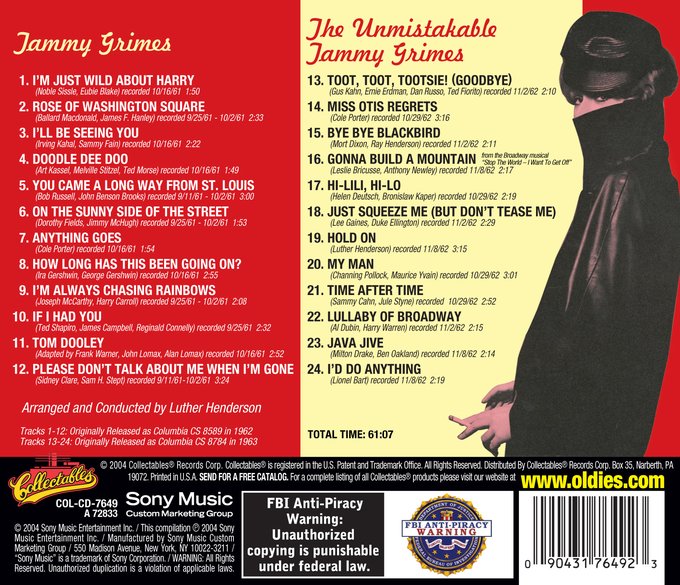 "Her voice... has been aptly described as half velvet, half gravel and all magically rusty - set in a stage personality of rock-candy hardness." (Joseph Wershba, New York Post) Perhaps best known for her Tony Award-winning performance in the starring role in The Unsinkable Molly Brown, Tammy Grimes is a veteran actress and singer with a long list of credits in theater, film, and television. This reissue contains two albums that she recorded for the Columbia label in the early 1960's.

2 LPs on 1 CD: TAMMY GRIMES (1962)/UNMISTAKABLE (1963).
Adapters: Frank Warner; John A. Lomax; Alan Lomax.
Recording information: 09/25/1961-11/08/1962.
Arranger: Luther Henderson.
This two-fer from Collectables features a pair of out of print LPs by vocalist Tammy Grimes, Tammy Grimes and The Unmistakable Tammy Grimes, both originally issued on Columbia in 1962 and 1963, respectively. Highlights among the 24 tracks include several standards, including "On the Sunny Side of the Street," "Time After Time," and "Bye Bye Blackbird." ~ Al Campbell

60%off
Polly Bergen
All Alone By The Telephone / Four Seasons of Love (CD)
$5.98 on Sale
Add to Cart