Tony Randall plays a stuffy tax auditor who comes to ferret out wealth on a small farm before falling for the owner's daughter who changes his mind about his mission there. 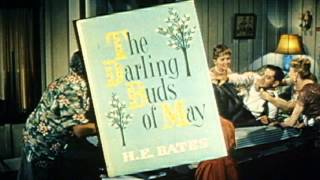 Golden-Globe nominated and Emmy Award-winning Tony Randall ("Pillow Talk," TV's "The Odd Couple") plays Lorenzo Charlton, a stuffy tax investigator sent to the farm of Pop Larkin (Paul Douglas) and Ma Larkin (Una Merkel) to find out why they haven't been paying taxes. He discovers that the Larkins, instead of money, use a homegrown barter system. Overwhelmed by their complex economic network, Lorenzo drinks one home brew too many. Awakening from a hangover, he sees a vision of loveliness before him -- the Larkin's spunky daughter Mariette (Debbie Reynolds). Enraptured by Mariette, he decides to stick around and find a way to get the family out of their onerous tax burden. George Marshall ("How the West Was Won," "Destry Rides Again") directs this breezy romantic comedy.

This snappy screwball comedy begins as a straightlaced young IRS agent (Tony Randall) descends upon a ramshackle farm family to investigate the family's failure to file. In fact, the Larkins don't even use money as currency--they prefer trading manure for the goods they need. Beset by his confusion about the household, Randall begins hitting the bottle and soon finds himself sorely tempted by the farmer's blossoming and willing daughter, played by show-stopper Debbie Reynolds. With a vested interest in the family's well-being, Randall is going to have to do some fast thinking and fast acting to save the Larkins from losing their farm to the IRS. Powered by a great script and the performances of Randall and Reynolds, THE MATING GAME belongs to a limited crowd of comedies that are able to transcend the mores of their day to remain hilarious for decades to come.

Family Interaction | Romance | Theatrical Release
This product is made-on-demand by the manufacturer using DVD-R recordable media. Almost all DVD players can play DVD-Rs (except for some older models made before 2000) - please consult your owner's manual for formats compatible with your player. These DVD-Rs may not play on all computers or DVD player/recorders. To address this, the manufacturer recommends viewing this product on a DVD player that does not have recording capability.