Stefanie Powers stars as an American girl who goes to the south of France to do her thesis research on a recently deceased composer. 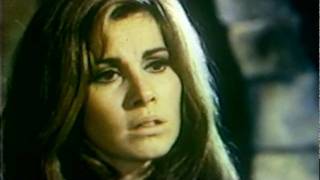 Drawn to the spectacular south of France to research the late composer Henry Ryman, music student Susan Roberts (Stefanie Powers) encounters his son, drug-addicted Georges (James Olson) and his eccentric family. Investigating the haunting strains of an unfinished Ryman concerto leads Susan to discover an empty piano... and a brutally savaged mannequin! Georges tells her she's the lookalike of his lost love. But Susan may not be the only one at the villa with an eerie doppelgänger. Famous for their gory horror tales, British studio Hammer Films shows a subtler side with this romantic, atmospheric thriller, available here in its Unedited International Version.

In this horror film, an American graduate student travels to southern France to research her thesis. She is writing about a famed composer who recently died. She stays with his widow and his son, a disabled drug-addict. She becomes more involved in the family than she wanted after she finds the composer's crazy twin, hidden away in the attic. She almost dies trying to escape.

Families | Composers
This product is made-on-demand by the manufacturer using DVD-R recordable media. Almost all DVD players can play DVD-Rs (except for some older models made before 2000) - please consult your owner's manual for formats compatible with your player. These DVD-Rs may not play on all computers or DVD player/recorders. To address this, the manufacturer recommends viewing this product on a DVD player that does not have recording capability.