Ben Gazzara portrays a convicted killer who, when he receives a reprieve from a date with the electric chair, goes on to find redemption in prison. Based on a true story. 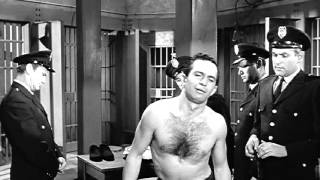 Emmy Award-winner Ben Gazzara ("Happiness," "The Big Lebowski") portrays a convicted killer who, when he receives a reprieve from a date with the electric chair, goes on to find redemption in prison. An all-star cast provides strong support in this drama based on a true story. Also starring Emmy Award-winner Ray Walston (TV's "Picket Fences," "Fast Times at Ridgemont High"), Academy Award-winner Rod Steiger ("In the Heat of the Night," "On the Waterfront"), Academy Award-winner Broderick Crawford ("All the King's Men," "Born Yesterday"), and Hollywood legends Sammy Davis, Jr. ("Ocean's Eleven," "Robin and the Seven Hoods") and Vincent Price ("Edward Scissorhands," "House on Haunted Hill"). Written and directed by Academy Award-nominee Millard Kaufman ("Bad Day at Black Rock," Raintree County").

Based on the autobiography of convicted killer John Resko (played here by Ben Gazzara), this routine biographical drama looks at the crucial years between 1931 and 1949 in the convict's life. That period begins when Resko is convicted of killing a store owner and is sentenced to life in prison. After his arrival in prison Resko eventually gets involved in creating art, an activity that leads to a transformation in his character. That change became evident enough to garner the attention of the powers-that-be and by 1949, Resko receives a pardon. The prison system is shown as improving between the killer's first internment and his release, which in itself might make some viewers wonder what happened then, in the years between 1949 and the present.

Prison / Prisoners | Murder | Art / Artists | Prison | Crime | Biographical
This product is made-on-demand by the manufacturer using DVD-R recordable media. Almost all DVD players can play DVD-Rs (except for some older models made before 2000) - please consult your owner's manual for formats compatible with your player. These DVD-Rs may not play on all computers or DVD player/recorders. To address this, the manufacturer recommends viewing this product on a DVD player that does not have recording capability.