Purple hippo Peter Potamus crosses the globe in his magical flying balloon while Breezly and Sneezly scheme and Yippee, Yappee and Yahooey protect their king. 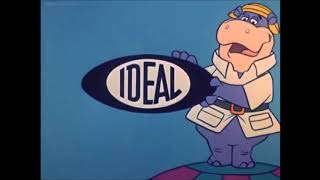 Accompanied by his monkey sidekick, So-So, Peter Potamus crisscrosses the globe in his preferred mode of travel, a magical flying balloon. Always ready to land and lend a hand, Peter has hilarious adventures in Egypt, France, Morocco and other global "fun spots" and whenever he and So-So get into trouble (and they always do), he's prepared with his mighty Hippo Hurricane Holler. Sharing the show are Breezly and Sneezly, a polar bear and seal, loveable layabouts dedicated to breaking into the local arctic army base and Yippee, Yappee, and Yahooey, a trio of slapstick swashbuckling palace guards pledged in service to the long-suffering king.

Frankenstein Jr. and the Impossibles - Complete Series...
$23.50
Add to Cart