The gates of hell have opened 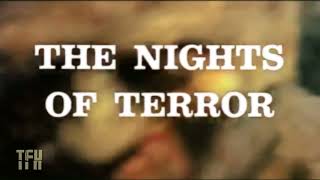 Set at a remote palatial estate, BURIAL GROUND: NIGHT OF TERRORS finds a group of socialites staying at a reclusive host's mansion, hoping for a full of pleasure. Instead, they find themselves being pursued by the undead, the result of a careless scientist's morbid experiments. One of a legion of films inspired by Fulci's ZOMBIE, BURIAL GROUND contains all the necessary elements for a good zombie movie including maggot-infested corpses, entrail eating, and, as a bonus, an incestuous mother and son relationship in which the son appears to be played by a 30 year-old dwarf.

16%off
Slave of the Cannibal God
$8.40 Super Savings
Add to Cart