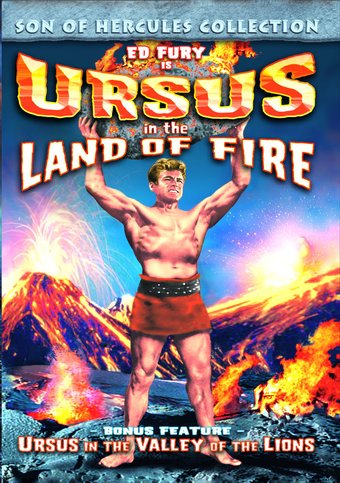 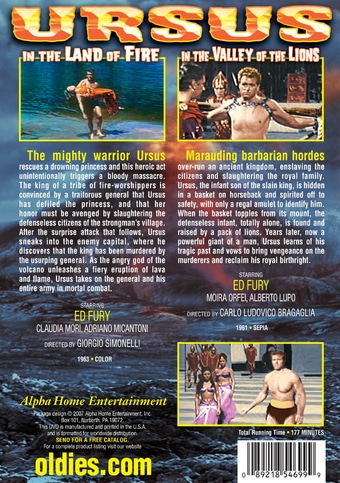 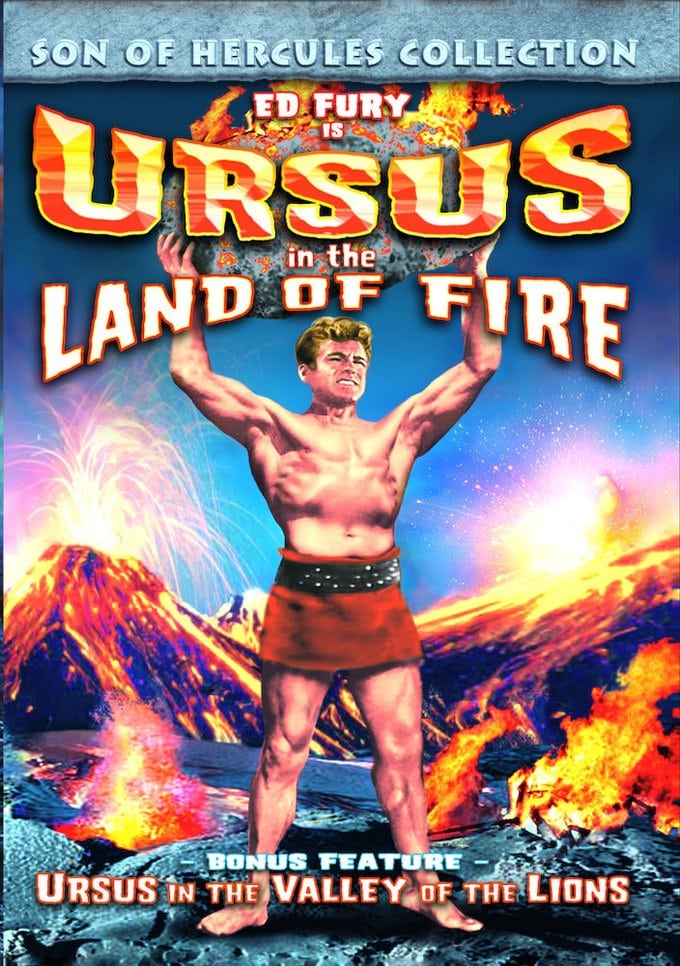 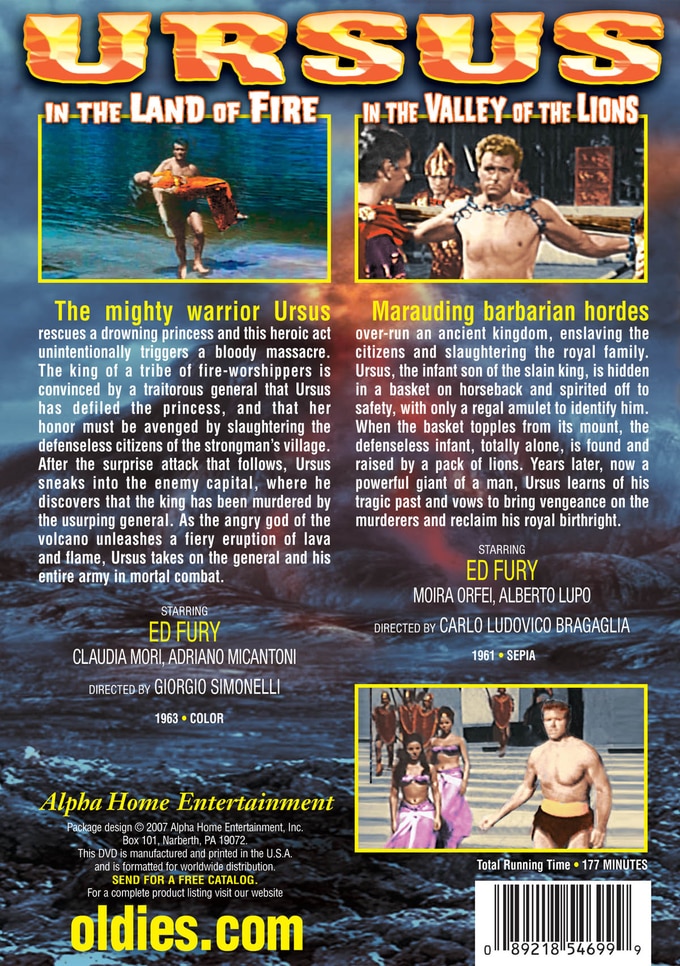 Ursus in the Land of Fire (1963, Color): The mighty warrior Ursus rescues a drowning princess and this heroic act unintentionally triggers a bloody massacre. The king of a tribe of fire-worshippers is convinced by a traitorous general that Ursus has defiled the princess, and that her honor must be avenged by slaughtering the defenseless citizens of the strongman's village. After the surprise attack that follows, Ursus sneaks into the enemy capital, where he discovers that the king has been murdered by the usurping general. As the angry god of the volcano unleashes a fiery eruption of lava and flame, Ursus takes on the general and his entire army in mortal combat.

Ursus in the Valley of the Lions (1961, Sepia): Marauding barbarian hordes over-run an ancient kingdom, enslaving the citizens and slaughtering the royal family. Ursus, the infant son of the slain king, is hidden in a basket on horseback and spirited off to safety, with only a regal amulet to identify him. When the basket topples from its mount, the defenseless infant, totally alone, is found and raised by a pack of lions. Years later, now a powerful giant of a man, Ursus learns of his tragic past and vows to bring vengeance on the murderers and reclaim his royal birthright.

25%off
Fire Monsters Against The Son of Hercules (DVD)
$5.95 on Sale
Add to Cart

25%off
Hercules Double Feature: Hercules Against the Mongols... (DVD-R)
$5.95 on Sale
Add to Cart