All Through the Night

Killer Bogart takes the Gestapo for a ride! 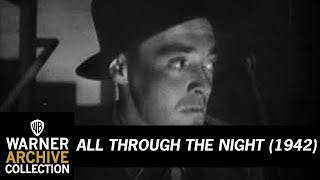 All Through The Night - Trailer 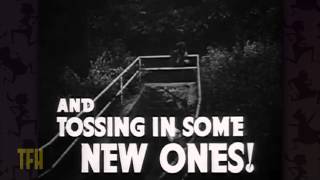 Larry Karaszewski on ALL THROUGH THE NIGHT (Featurette)

Bogart and Lorre spoof their screen personas in this send-up of WW II spy intrigues.
Broadway big-shot and part-time gangster "Gloves" Donahue becomes a full-time amateur detective after a German friend of his is killed. Gloves' investigation lands him in a deadly web of intrigue when he discovers a Nazi spy ring is behind the murder. Fine suspense and comedy blend.

In New York during World War II, part-time gangster "Gloves" Donahue becomes a full-time amateur detective after a German friend of his is killed. Gloves' investigation lands him in a deadly web of intrigue, where danger lurks at every turn, and no one's identity can be trusted. But Gloves' sleuthing pays off when he discovers who is behind the murder -- a Nazi spy ring. And unfortunately, they are now plotting a more heinous crime, which could affect the outcome of the war. Can Gloves stop them in time'

Action | Politics | Vengeance | War | Murder
This product is made-on-demand by the manufacturer using DVD-R recordable media. Almost all DVD players can play DVD-Rs (except for some older models made before 2000) - please consult your owner's manual for formats compatible with your player. These DVD-Rs may not play on all computers or DVD player/recorders. To address this, the manufacturer recommends viewing this product on a DVD player that does not have recording capability.