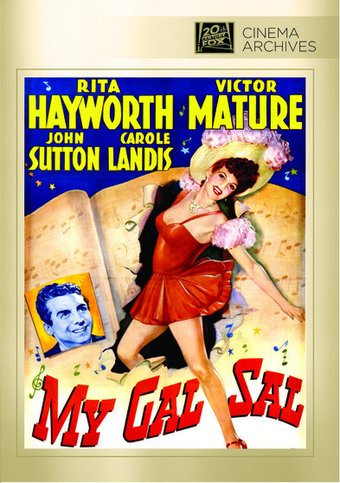 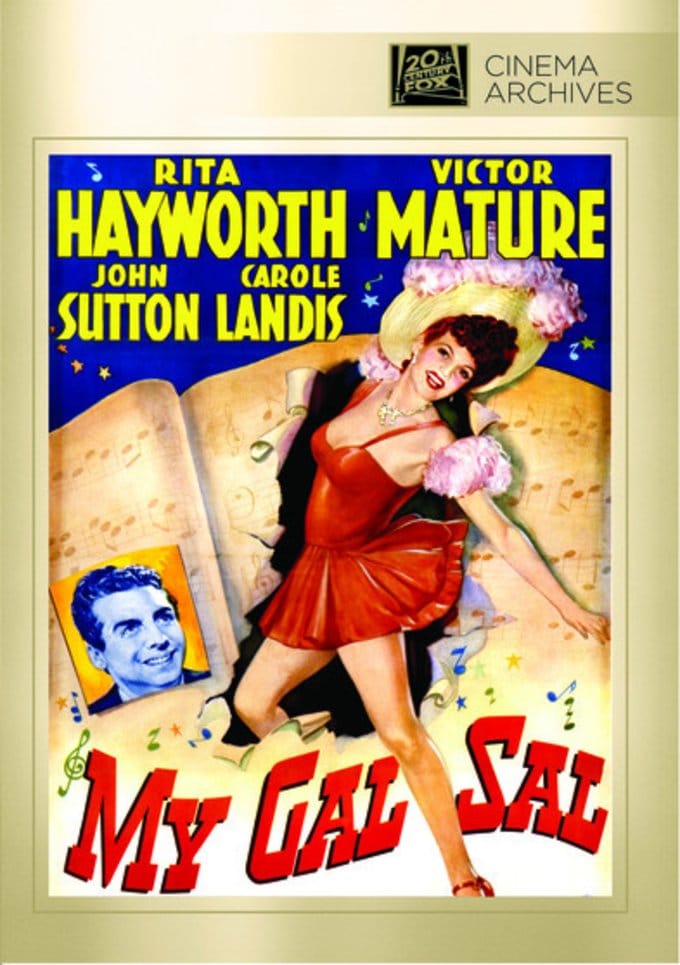 The short but colorful life of turn-of-the-last-century tunesmith Paul Dresser is given a lavish treatment as Rita Hayworth and Victor Mature give star wattage to this delightful and snappy musical.

A pregnant Alice Faye was forced to bow out of this colorful Fox musical, which instead went to Rita Hayworth, whom the studio borrowed from Columbia. Hayworth plays the highly fictitious Sally Elliott of the title, a musical star teaming up with Indiana boy Paul Dresser (Victor Mature), a runaway who after a brief stopover in a tank town medicine show arrives in Gay Nineties New York full of verve and vigor. There he composes the title tune for the fair lady and becomes the toast of Tin Pan Alley. There are the obligatory bumps on the road along the way, of course, but everything ends, as any Fox musical should, with a grand and glorious finale. Although Fox publicity claimed that MY GAL SAL was based on a My Brother Paul, a biography by the composer's brother, Theodore Dreiser, it was actually concocted from an unpublished manuscript by Dreiser and his wife Helen Richardson. The film earned Oscars™ for art and set decoration and included such Dresser songs as "On the Banks of the Wabash", "I'se Your Honey, If You Wants Me, Liza", "Come Tell Me What's Your Answer (Yes or No)" and "Mr. Volunteer. House songwriters Leo Robin and Ralph Rainger contributed "Me and My Fella" and "On the Great White Way.

Biographical
This product is made-on-demand by the manufacturer using DVD-R recordable media. Almost all DVD players can play DVD-Rs (except for some older models made before 2000) - please consult your owner's manual for formats compatible with your player. These DVD-Rs may not play on all computers or DVD player/recorders. To address this, the manufacturer recommends viewing this product on a DVD player that does not have recording capability.

I Wonder Who's Kissing Her Now?
$19
Add to Cart

Springtime in the Rockies (DVD-R)
$19
Add to Cart