Three strangers, three incredibly dangerous people drawn together by their greed. Each ready to kill for the riches of ...Kwan Yin. 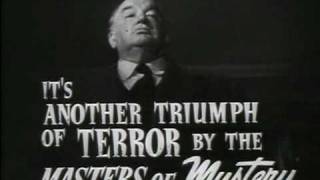 According to a legend, if three strangers gather before the fables idol of Kwan Yin and make a common wish, the wish shall be granted. Spurned spouse Crystal Shackleford (Geraldine Fitzgerald) has the idol and enlists a sleazy solicitor (Sydney Greenstreet) and a drunken thief (Peter Lorre) in her plans for riches and revenge. But the two strangers have dreams of their own that collide with hers when the idol's powers prove to be real.

On the eve of the Chinese New Year, three strangers make a pact before a small statue of the Chinese goddess of Destiny. The strangers are Crystal Shackleford (Geraldine Fitzgerald), married to a wealthy philanderer; Jerome Artbutny (Sidney Greenstreet), an outwardly respectable judge; and Johnny West (Peter Lorre), a seedy sneak thief. The threesome agree to purchase a sweepstakes ticket and share whatever winnings might accrue. Alas, the pact brings little more than misfortune for all concerned. Jerome steals funds from a client, then kills Crystal (with the goddess statue!) when she refuses to hand over her sweepstakes winnings. Johnny and his girlfriend Icy (Joan Lorring) decide to abandon their life of crime, but when it is revealed that the ticket is a winner, he sets fire to it to avoid having his name tied to the crime. If it seems strange that Peter Lorre ends up the romantic lead in THREE STRANGERS, remember that the film's director, Jean Negulesco, thought Lorre was the finest actor who ever lived--and as a result, he fought tooth and nail with Warner Bros. to cast Lorre in this film.

Murder | Crime
This product is made-on-demand by the manufacturer using DVD-R recordable media. Almost all DVD players can play DVD-Rs (except for some older models made before 2000) - please consult your owner's manual for formats compatible with your player. These DVD-Rs may not play on all computers or DVD player/recorders. To address this, the manufacturer recommends viewing this product on a DVD player that does not have recording capability.