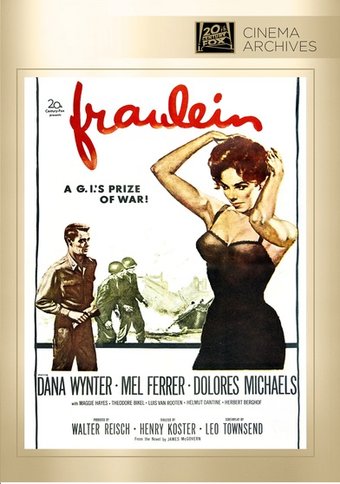 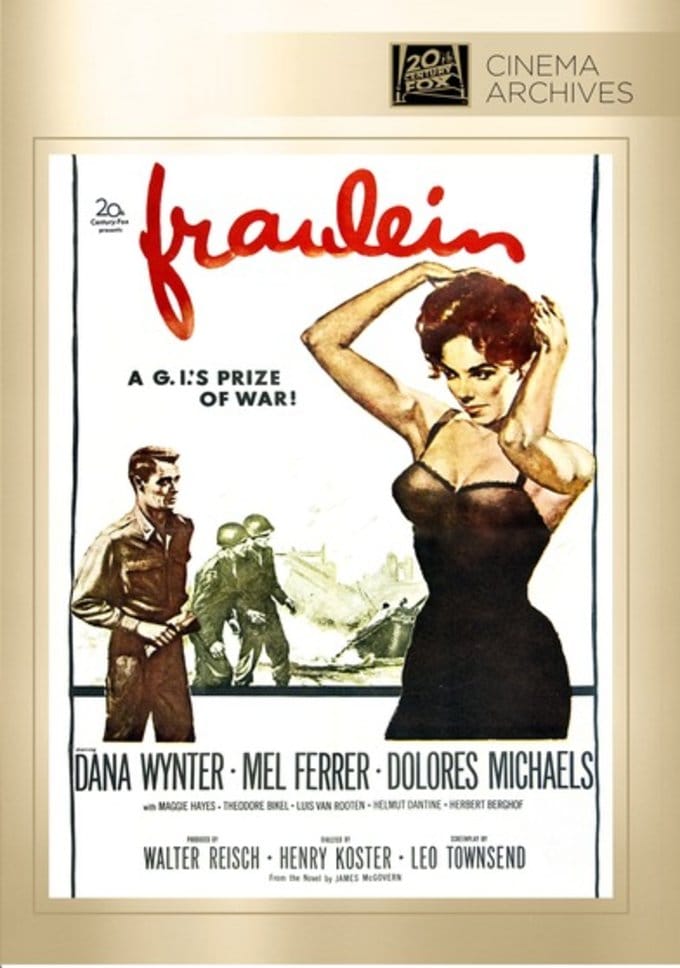 A German girl helps an American officer escape the Gestapo when her family is killed in a WW2 air raid. After eluding the Russian Army she ends up having to do the unthinkable to survive while officers from different armies set their sights on her.

About the only perils that heroine Dana Wynter avoids in FRAULEIN are being tied to the buzzsaw and chased across the ice by bloodhouds. Wynter plays a German girl of genteel upbringing who is forced to wake up and smell the coffee when her family is killed in a WW2 air raid. She helps American officer Mel Ferrer escapes the Gestapo, then must figure out a way to elude her Russian Army captors, headed by Theodore Bikel (who later ruefully commented that more people remembered him for this film than for anything else). Escaping to the American sector of Berlin, Wynter naively registers herself as a prostitute, leading to a daunting series of tribulations. The upshot of all this is that German officer Helmut Dantine lusts after Dana because of what he thinks she is, while American officer Ferrer loves her because he knows deep down that she's not what she's supposed to be. Filmed on location, FRAULEIN was based on a novel by James McGowan.

Enemies | Prison / Prisoners | Romance | War | Escape | Nazis | Health | Germany | Romances | Russia | Soldiers | Love | America
This product is made-on-demand by the manufacturer using DVD-R recordable media. Almost all DVD players can play DVD-Rs (except for some older models made before 2000) - please consult your owner's manual for formats compatible with your player. These DVD-Rs may not play on all computers or DVD player/recorders. To address this, the manufacturer recommends viewing this product on a DVD player that does not have recording capability.

The Charge of the Light Brigade
$16.20
Add to Cart