Entertainment Weekly: "Like the greats, the Foos have found a way to create their own archetype, with an instinctive feel for what constitutes a killer song." -- Grade: A 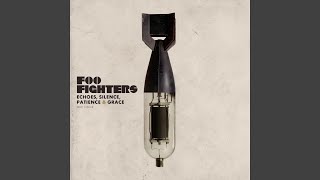 Rolling Stone - p.116
Included in Rolling Stone's "50 Top Albums of the Year 2007" -- "[T]he Foo Fighters deliver winners..."
Spin - p.122
3 stars out of 5 -- "Grohl has been a model of steady efficiency....'Summer's End' is a breezy blast of California country rock..."
Entertainment Weekly - p.104
"Like the greats, the Foos have found a way to create their own archetype, with an instinctive feel for what constitutes a killer song." -- Grade: A
Q - p.87
4 stars out of 5 -- "Each of these tracks makes the case for Foo Fighters' horizons successfully expanding....Similarly, there's a sophistication to the arrangements here, musical and vocal, not previously hinted at."
Uncut - p.88
3 stars out of 5 -- "[T]he excellent 'Summer's End' is easy on the ear, easier still on the brain..."
Kerrang (Magazine) - p.46
"[T]he Foo Fighters have managed to recapture the magic ingredient which magical music really needs -- the art of sounding effortless."
Q (Magazine) - p.84
Ranked #12 in Q's "The 50 Best Albums Of 2007" -- "[A] big, brash effort that hollered all the way back to the cheap seats without sacrificing its humanity."

Personnel: Kaki King, Pat Smear (guitar); Brantley Kearns Jr. (fiddle); Rami Jaffee (accordion, keyboards); Taylor Hawkins (piano, background vocals); Dave Grohl (piano); Drew Hester (percussion).
Audio Mixer: Rich Costey.
Recording information: Studio 606, Northridge, CA.
Photographers: Laura Kleinhenz; Ben Watts.
ECHOES, SILENCE, PATIENCE & GRACE, the Foo Fighters' sixth effort, upholds the band's allegiance to melody-heavy post-grunge power pop driven by roaring guitars and Dave Grohl's fine songwriting. The Foos are aided by super-producer Gil Norton this time out (Norton also helped craft the group's second, and arguably best, album, THE COLOR AND THE SHAPE). The result is a polished yet powerful outing that proves the Foos have earned their status as one of alternative rock's most reliable acts.
But while tunes like "The Pretender" pack a hard-rock wallop, the real surprises on ECHOES are the softer songs. The breezy, folky "Summer's End," for example, is a standout, as is Grohl's solo acoustic performance on "Stranger Things Have Happened." This isn't to say the Foo Fighters have mellowed--the album contains as much amplified snarl as any of their others--but here the quieter moments rival the rockers, revealing a band whose intimate, earnest moments are as convincing as their head-banging ones.

Foo Fighters
The Colour and the Shape
$23.50
Add to Cart

Foo Fighters
There Is Nothing Left to Lose (CD)
$9.20
Add to Cart