Fear can hold you prisoner. Hope can set you free. 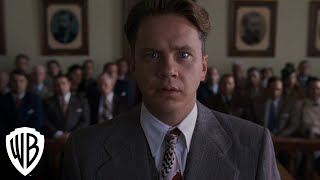 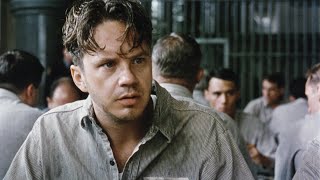 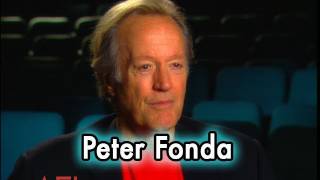 Peter Fonda on Hope and THE SHAWSHANK REDEMPTION (Featurette) 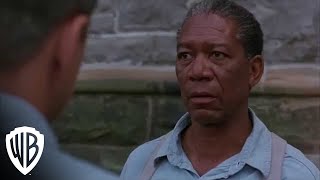 The Frank Darabont Collection: The Shawshank Redemption - Go There (Clip) 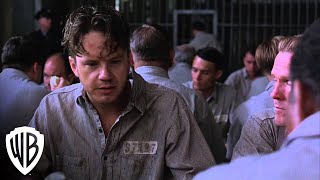 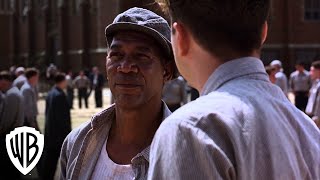 "I'm a regular Sears and Roebuck"
- Red (Morgan Freeman), the man on the inside who "knows how to get things"
"First you hate 'em. Then you get used to 'em. After long enough, you get so you depend on 'em. That's institutionalized."
- Red, referring to the prison walls
"The funny thing is--on the outside, I was an honest man, straight as an arrow. I had to come to prison to be a crook."
- Andy (Tim Robbins)

In writer-director Frank Darabont's THE SHAWSHANK REDEMPTION, Andy Dufresne (Tim Robbins) is sentenced to two consecutive life terms in prison for the murders of his wife and her lover in the late 1940s. However, only Andy knows that he didn't commit the crimes. Sent to Shawshank Prison to do hard time, Andy--a taciturn banker in the outside world--has to learn to get by in the brutal, cutthroat confines of prison life. His quiet strength slowly earns the respect of his fellow inmates--most notably, Red (Morgan Freeman)--and even much of the prison staff. But Andy's seemingly stoic acceptance of his unjust imprisonment hides a fierce determination for freedom. This beautifully crafted movie features touching and sincere performances from the entire cast, with an uplifting message about humanity's indomitable spirit and the redemptive value of hope. Based on the novella RITA HAYWORTH AND SHAWSHANK REDEMPTION by Stephen King, Darabont's intriguing adaptation is easily one of the finest films of the 1990s.

When an innocent man is sentenced to life in prison for murder, he thinks his life is over. However, despite years of brutal incarceration, his indomitable spirit makes him an inspiration to everyone he encounters.