Foo Fighters One By One (2-LPs)

Entertainment Weekly: "...Unexpected exhilaration. Crunch, power and a certain gruff wit you'd expect from the Foos, but elegance as well as devotion to romance?..." - Rating: A- 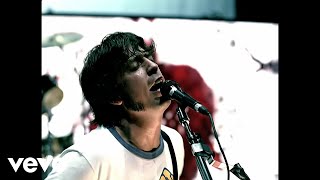 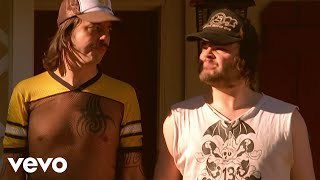 Foo Fighters: Dave Grohl (vocals, guitar); Chris Shifflet (guitar); Nate Mendel (bass); Taylor Hawkins (drums).
Recorded in Virginia.
ONE BY ONE won the 2004 Grammy Award for Best Rock Album. "Times Like These" was nominated for Best Rock Performance By A Duo Or Group With Vocal. "All My Life" won the 2003 Grammy Award for Best Hard Rock Performance. "All My Life" was nominated for the 2003 Grammy Award for Best Rock Song.
In between manning drums for the Queens Of The Stone Age album SONGS FOR THE DEAF and the 2003 all-star death metal side-project Probot, Dave Grohl turned out ONE BY ONE, the Foo Fighters' fourth studio outing. With the Foo's line-up remaining intact for the second consecutive album, Grohl's posse set about sanding down the lighter, pop-inflected nuances of the album's predecessor THERE IS NOTHING LEFT TO LOSE. From the opening cut/lead single "All My Life," the Foo Fighters serve notice that amps are cranked and guitars are far beyond being set on stun. This intense outpouring of energy manifests itself well on the simmering tension of "Low," buzzing melodicism of "Times Like These (One-Way Motorway)," and the drill-press relentlessness of "Have It All."
Taking a page from the book of his former group Nirvana, Grohl has fun playing around with dynamics particularly on the bipolar subtle/screaming "Disenchanted Lullaby" and "Lonely As You," a chugging number that seamlessly goes from a lightly strummed intro to churning riffs. The biggest highlights include "Tired," a strummed ballad featuring multi-layered choruses by Queen guitarist Brian May, and closer "Come Back," a prog-flavored seven-minute-plus epic that meanders between soaring passages and segments soaked in angst-laced brio.