Spin: "Maxwell is coming back with a flourish....[The album is] grittier and less New Age-y than his previous work..." 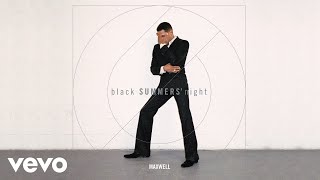 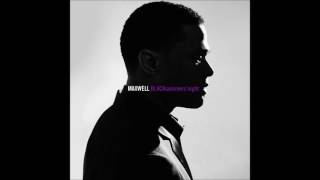 Rolling Stone
4 stars out of 5 -- "[T]he music evokes a tradition disappearing before our eyes -- the spiritualized eroticism of Prince, the jazzy soul extensions of Earth, Wind and Fire -- without ever being of it. Grab ahold, before it's too late."
Spin
"So assured of its luxuriance that it clocks in at a trim 46 minutes, blackSUMMERS'night nonetheless leaves one sated. This distillation is purest Maxwell..."
Pitchfork (Website) - "Maxwell proves he's as chill as ever with the elegant blackSUMMERS'night, another collection of shimmering love songs that pushes on the limits of R&B and proudly embraces the 'grown and sexy' label."

Photographer: Eric Johnson .
BlackSUMMERS'night begins the way BLACKsummers'night ends: with a riveting groove in need of an extended 12" version. Like the instrumental finale of the album that preceded it, which now sounds like a set-up, "All the Ways Love Can Feel" is a dynamic and deliberate soul, jazz, and funk fusion, neatly interlaced and enlivened with Kenneth Whalum III's saxophone and Keyon Harrold's trumpet. The grain in Maxwell's voice evinces the reality: the seven years that passed between his Grammy-winning 2009 album and this follow-up, at one point anticipated in 2011. There's an extra texture and richness in his voice -- it sometimes strains with purpose but never falters -- adding tension to these songs detailing a love that ultimately eludes his grasp. As laid out in "Lost," a bluesy dirge that resembles nothing else in his past despite being made with longtime collaborator Stuart Matthewman, he pleads for his lost love while witnessing that she's a happily married mother. The songs drawn from earlier scenes are relatively general. On the brighter side, there's the carefree rush of a new relationship, and then healing is sought, freedom is felt in surrendering, and contentment is reached in settling down. Amid or following all that, there are breakdowns in communication and cracks in the foundation. The latter is handled most deftly in "Fingers Crossed," where Maxwell lets loose one of those indelible hooks seemingly crafted off the top of his dome. After the final verse, as an eight-member support crew -- including pianist Robert Glasper -- plays out in dazzling form, Maxwell plainly speaks, "This is just for you," and it hits as hard as any other line. At once, it's among the prettiest, most complex, and tensest songs in Maxwell's catalog. While the album is not as fluid as BLACKsummers'night and has a couple frayed ends, it includes a high quantity of open-hearted ballads and variable-tempo jams that sparkle with indisputable power. Each one is supremely sculpted. Their decreased vocal smoothness and increased rhythmic friction are major factors in the set's allure. ~ Andy Kellman