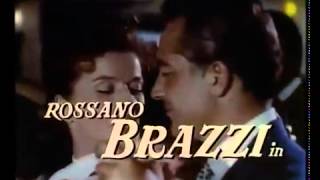 Based on Arthur Laurent's play THE TIME OF THE CUCKOO, Lean's beautiful, classic romantic drama tells the tale of an American spinster (Hepburn) on holiday in Venice who has an affair with a handsome, and not altogether honest, merchant (Brazzi). Academy Award Nominations: 2, including Best Director, Best Actress--Katharine Hepburn.

Lean's lushly photographed classic about an old maid (Hepburn) who falls in love for the first time while visiting Venice. American tourist Jane Hudson's lack of romantic experience makes her insatiably vulnerable to the lush beauty of Italy, and leaves her wide open to the charms of a handsome Italian man (Brazzi). So intoxicated is Jane by their whirlwind affair that she is reluctant to relinquish her new love, even after discovering that he is married and has a family. A touching performance by Hepburn and stunning Technicolor scenes of Venice make SUMMERTIME an enchanting classic.

The Bridge on the River Kwai
$12.60 Super Savings
Add to Cart