President John F. Kennedy kept a unique inauguration gift on his desk: a plastic encased coconut. The tale of that coconut is the heroic story of PT 109, a stirring saga of Kennedy's wartime exploits as skipper of a PT boat in the Solomon Islands. 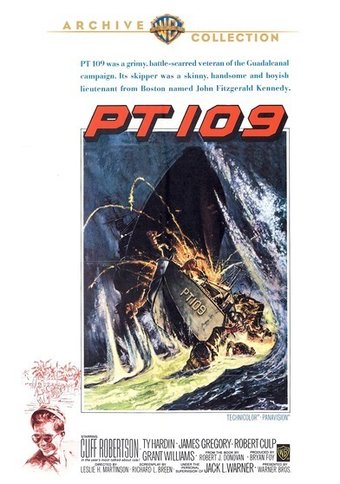 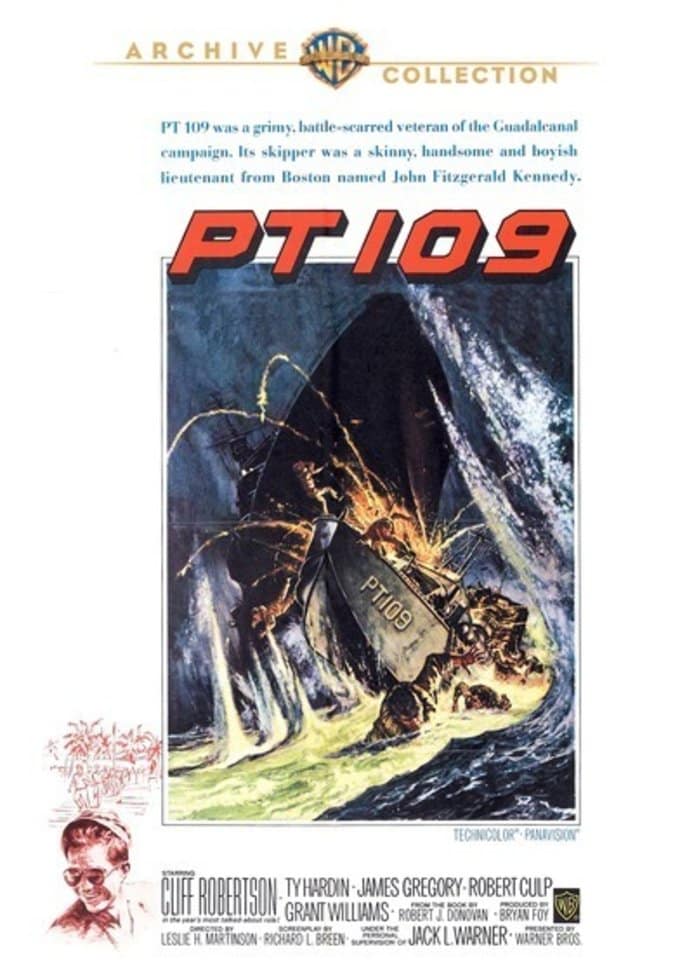 President John F. Kennedy kept a unique inauguration gift on his White House desk: a coconut encased in plastic. The tale of that coconut is the heroic story of PT 109.

Academy Award-winner Cliff Robertson stars in this stirring saga of Kennedy's wartime exploits as skipper of a PT boat in the Solomon Islands. The assignment: harass the enemy and buy time for a U.S. Navy still on the drawing boards. In August 1943, PT 109 was sliced in half by a Japanese destroyer. Kennedy led his surviving crew through a sea aflame from gasoline, towing a badly burned sailor miles to the nearest island. There seemed little hope of rescue from the Japanese-dominated area...until a strategy involving a coconut emerged. The triumphant outcome was unbelievable - and all true!

A suspenseful fact-based drama about the youthful John Fitzgerald Kennedy and his wartime experiences.
After Japanese soldiers destroy their boat, young Lt. Kennedy and his men from PT 109 find themselves stranded on an isolated, uninhabitable South Pacific island. Between the island and rescue lies perilous waters filled with enemy gunboats. And the soldiers can only hope that help can make it through.

Action | True Story | World War II | Theatrical Release
This product is made-on-demand by the manufacturer using DVD-R recordable media. Almost all DVD players can play DVD-Rs (except for some older models made before 2000) - please consult your owner's manual for formats compatible with your player. These DVD-Rs may not play on all computers or DVD player/recorders. To address this, the manufacturer recommends viewing this product on a DVD player that does not have recording capability.

The Gallant Hours
$19
Add to Cart