Sharon Tate is a beach-loving, sky-diving beauty who fills up the screen in a gleeful sand-and-surf-and-sex satire. 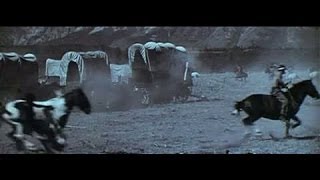 "It's entertainment that fills up the screen like she fills out a bikini,"the trailer proclaimed. She is Sharon Tate, portraying a beach-loving, sky-diving beauty named Malibu. The entertainment filling up the screen is a gleeful sand-and-surf-and-sex satire based on Ira Wallach's Muscle Beach, set to a title tune by The Byrds and targeting SoCal's go-go beach culture and the high-living hillside denizens of its ocean-view enclaves. Tony Curtis, reteaming with director Andrew Mackendrick of Sweet Smell of Success, plays an eastern interloper who arrives with little and hits on ways to finagle his way into lots. Also making waves: Claudia Cardinale, Robert Webber, Joanna Barnes and bodybuilder David Draper.

British director Alexander MacKendrick helmed this farcical romantic comedy set in Southern California. Carlo Cofield (Tony Curtis) is a footloose tourist who meets Laura Califatti (Claudia Cardinale) when she accidentally edges his car off the highway. Laura invites Carlo to her home; he seems interested in her, but discovers she's already involved with swimming pool magnate Rod Prescott (Robert Webber). The next day, Carlo hits the beach and nearly drowns in the ocean, until he's rescued by comely sky diver Malibu (Sharon Tate). Carlo blackmails Rod into giving him a job so he can stay in California and pursue a romance with Malibu, but he soon finds himself torn between her and Laura. DON'T MAKE WAVES also features a theme song by The Byrds.

Romance | Love Triangle | Blackmail | Satire | Love Triangles | Vacations | Crashes
This product is made-on-demand by the manufacturer using DVD-R recordable media. Almost all DVD players can play DVD-Rs (except for some older models made before 2000) - please consult your owner's manual for formats compatible with your player. These DVD-Rs may not play on all computers or DVD player/recorders. To address this, the manufacturer recommends viewing this product on a DVD player that does not have recording capability.

No Room for the Groom
$19
Add to Cart

The Private Eyes
$28
Add to Cart